A truly nuts couple of weeks work wise. If you follow me on facebook you’ll see I enjoyed myself way too much. Week 24 was spent in a gorgeous venue in the UK for a 4 day conference. The trouble with hotel venues is that the food is all laid on for you. Buckets of it. 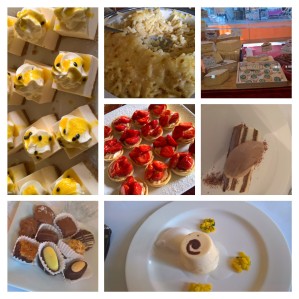 Week 25 was no better. One week in the south of France with about 15,000 people from marketing, media and advertising for the Cannes Lions Festival of Creativity. The week involved LOTS of parties, saying ‘no thank you’ or ‘oh go on just a little’ to loads of fabulous food… 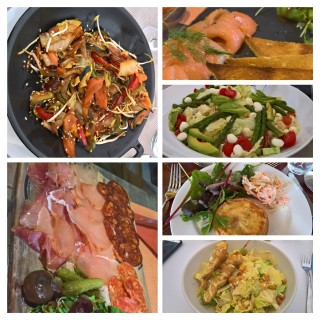 …saying ‘yes please’ to a private gig with Ed Sherran….

and lots and lots of WALKING. You can get Ubers in Cannes, there are more Ubers than drunk people in Cannes which is really saying something, but I decided to make the effort and walk everywhere.…by which I mean my Uber app WASN’T WORKING!

In fact I’m not sure I’ve ever walked as much as I did last week. Which was challenging because it was fucking hot, and HATE sweating. Unfortunately, to my utter horror, I discovered that if you combine walking with 30 degree heat you won’t just sweat as much as leak gallons of water from every conceivable orifice and pore. Add new shoes (idiot!) and you also get blisters the size of fried eggs. And the south of France has mosquitoes. Big buggers. At one point my arms looked like I’d gone 2 rounds with Freddy Krueger (if you’re under 40 you won’t get this reference. Google it, first film, the one with the syringes).

I stayed in an villa at the top of a hill just 0.8km from the action. Just a bit too embarrassingly close to justify an Uber even if I could GET THE BLOODY APP TO WORK!

What this map doesn’t show is that the return journey is UPHILL!! Almost vertical. Ok that’s an exaggeration but once I had to run up (well, kind of) because my housemate was locked out of the villa…and I swear to God my eyeballs almost burst!

And unfortunately a lot of my meetings were at the Carlton or Martinez hotel. That’s nearly 2Km ONE WAY.

On the first day I did the round trip, twice. 8km in total. Yay me! This was rewarded by my best experience so far on this entire ‘journey’. I bought a pair of off the peg, normal sized trousers, from a normal shop, in France, where normal is usually reserved exclusively for thin people. I’m considering framing them.

And on the way back on the plane, in economy, I actually managed to CROSS MY LEGS.

Yup this is definitely worth it.

Outcome: I lost 1 pound (which doesn’t thrill me – but last year I put on half a stone during the same trip so on balance I’m ok with it)

p.s. The first picture below was taken last year in Cannes. The second, this year. Definitely a little less flesh on the face 🙂 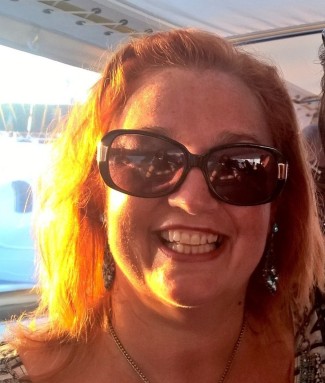