It’s been another busy few weeks, hence the two blogs in one again, but I need to publicly admit to a really unhealthy blow out. A cinema trip (Guardians of the Galaxy 2  – highly recommend it) resulted in me making a diet busting decision. Would I sneak a bag of almonds and some raspberries into the cinema?…or indulge in my passion for nacho’s and salted popcorn. I’m not proud to admit I went for nacho’s and popcorn. To assuage my guilt, I bought small versions of both..and also decided to skip lunch, breakfast and dinner. It was TOTALLY WORTH IT!  Even more so when my youngest daughter pinched what she thought was a gherkin only to discover too late that it was a jalapeno pepper. I nearly choked on my popcorn, not my finest maternal moment.

Last weekend I supported my family in their quest to complete Tough Mudder. My 20 year old daughter admitted that she’d never been so unexcited about something in her life. She perked up when she discovered they were giving out free bottles of cider at the finish line. That’s my girl. 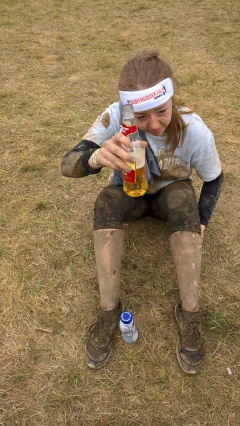 My youngest, at 11 years old, blew my mind. She looked like a mini GI Jane or one of those girls in the ‘if she can do it’ type adverts. I was seriously impressed and just a tad envious. I’ve NEVER looked like GI Jane. Even as a child I loathed any form of sports. I hated running, rounders, netball and basically anything that required movement. She loved the whole thing, her father’s daughter then – either that or they swapped her at birth.

I couldn’t get past the fact that people were CHOOSING to do tough mudder. Just WATCHING it is exhausting. These committed but slightly insane people, of all shapes and sizes, pushed themselves through a devastating course of hills, mud baths and ridiculous obstacles. The final hurdle was to run through a cage thing with hundreds of hanging cords delivering 10,000 volts of electricity through the bodies of anyone running through it. I mean, SERIOUSLY? What the fuck is wrong with these people?? I remained delighted with the fact that in just watching it I managed to walk over 12000 steps.

Thanks to my friends at Fit for Leadership (www.fitforleadership.net) I’m getting my DNA tested. They use this uber cool assessment tool from the guys at DNAFit (www.dnafit.com)  who test your genetic make-up against 45 genes.

Take a swab, send it off, get back a report which’ll reveal what kind of foods suit you best, how you respond to exercise (I’m pretty convinced I know the answer to that one), recovery times and tendency to illness. It’s designed for athletes, so mine might really confuse them. I’m fully expecting it to reveal that I’m genetically related to a Sloth and hard wired to crave salt n vinegar crisps. The test arrived this week, they had me at the packaging… 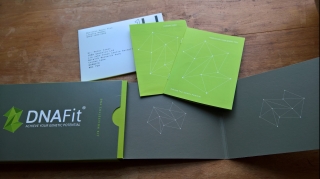 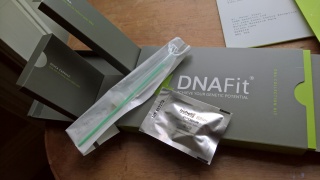 I’ve decided that eating out at restaurants is definitely the way to go. Swap mains for starters and you can eat fabulous food guilt free. I’ve also become something of a home chef. Stealing more recipes from the back of the M&S ready meals is a seriously cool way of upping your healthy eating repertoire. 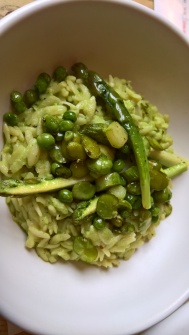 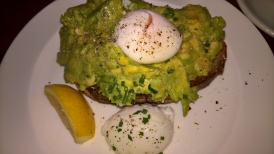 I’m finding the food thing easy – cooking healthy food from scratch, no snacks unless they grow in the ground or on trees, and small portions – but really need to up my fitness stuff. So I’ve recommissioned a room we hardly use as a home gym and invested in a treadmill.  While I’d far rather have spent the 300 quid on…oh, I don’t know…shoes.. I’m determined to be able to stick with my original commitment to walk / run / jog for 10k by the end of the year. So, instrument of extreme torture it is then. 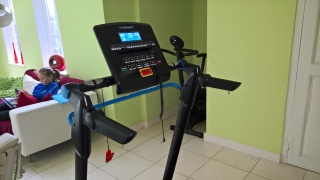 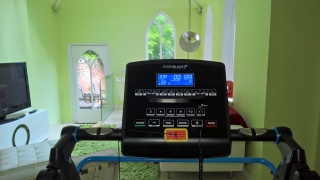 The first attempt didn’t go well. It took me 10 mins to jog 0.8 kilometers before I dissolved into a gibbering wreck on the floor barely able to speak save for the words ‘I’m dying!’. It’s going to be a challenge. I don’t do sweating. But I’ve worked out that if I increase the distance in increments of 0.1 km each week  I should be able to complete 10k with ease…in about 3 years’ time.