WEEK 8 was a nightmare. See below. I didn’t lose a single pound AND I DON’T WANT TO FUCKING TALK ABOUT IT, OKAY!!! 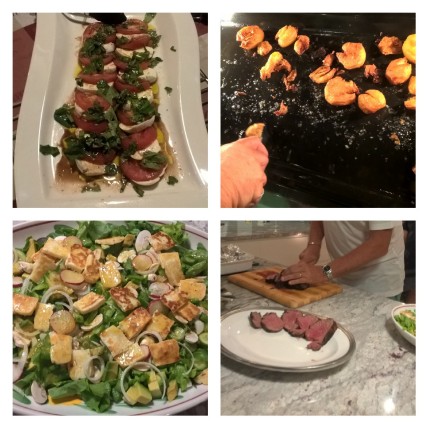 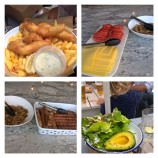 WEEK 9 has been better but started badly. I broke a tooth. As in it totally snapped off leaving a tiny stub of enamel. I want to say that I was eating avocado at the time (although I’m beginning to think that there are only so many avocados a girl can eat) but I’d be lying. I broke it on the ONE crispy roast potato I allowed myself whilst eating a meal made by one of the best home cooks in Sydney. Spotting the look of horror on my face she asked to see a close up. Rather unhelpfully but with total honesty she pointed out that I  looked like someone out of ‘Deliverance’. With an upcoming gig on TV and a fair few public speaking engagements I almost lost the plot. Fortunately aforementioned friend jumped into action. A few hours and $460 later I was the proud owner of an artificially constructed temporary tooth that actually looks better than the original one. I can’t eat on the right side of my mouth, but given last weeks disaster that’s probably a good thing.

Here’s some other stuff…

3. Did about a million steps on my one day off. Traipsing around the Blue Mountains was wet and cold (there’s a photo somewhere of me in a kagool but I’ve threatened divorce if it ever surfaces) but i absolutely loved it. Didn’t give up..although the upward steps on the near vertical ‘cascades’ gave me a wobbly moment..and didn’t get back ache once (that’s a new thing and must be linked to the weight I’ve lost thus far – a few months ago a walk around the block would have seen me bent over like a 90 year old).

4. I mentioned in week 7 my love for Camilla kaftans. Turns out it’s not just me. They had a warehouse sale last week with 80% off and over 1000 women queued to get in. One was arrested for posing as a security guard and pinching everyone’s shopping bags…#RESPECT!!

5. Australia has huge spiders. This one’s become a pet. I’ve wondered how hungry I’d need to be to eat it.

6. I love that so many people are supporting my getting healthy mission and that I’m regularly sent things intended to inspire me..or make me laugh. I want these stairs installed in my house by the time I get home. 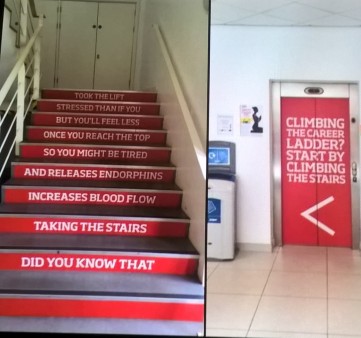 7. I’ve dropped a whole size so far this year…and Australian clothes are one size below the UK. So I’m officially the thinnest I’ve been for over a decade…at least in the label of my new trousers.